Having completed a 70.3 in 2018, I started the year assuming I would do another big fitness challenge. Initially I landed on a marathon, but in the first few days of the year I ruled it out. Training for the 70.3, although enjoyable and addictive, was time consuming, and I wanted to direct my attention to other endeavours in 2019. On the 4th January my bullet journal reads:

Decision made. Marathon out. Full time work is just too much when your focus this year is building a brand.

I decided to try a simpler approach to exercise: to do something, even if it was only small, every day. 50 push ups, 30 pull ups, 15 minutes of yoga. Just try to not break the chain.

In total I hit 289 days of exercise from a possible 365, a strike rate of 79%. I’m usually really tough on myself, and I’m disappointed I didn’t reach a round number like 300 days, or 80-90%. But viewed from different perspective I averaged over 5 ½ days per week, which is, in retrospect, a reasonable accomplishment.

Irrespective of how many days I did, I hit the end of the year feeling fantastic. I felt strong enough, fit enough and flexible enough. My focus was on the process and not the end result. I stopped comparing myself with others, how fast I could run compared to X, how much I could lift compared to Y, what I was doing or what I looked like compared to Z. It became all about putting an X down each day. The result? A much happier me, both physically and mentally.

Funnily enough, by focusing on the process rather than the end result I ended up with the six-pack that has eluded me for 40 years; but I didn’t really care about it.

As I explained in my post on habit tracking, I tried to iterate on the following cycle for my workouts:

A powerful thing to do is to combine your exercise with your commute or errands you need to run. It’s a great way to kill two birds with one stone. Walk, run or ride to work. Throw a backpack on and run or walk to do your errands, rather than jumping in the car. On so many days when I really didn’t feel like doing a workout, my chain was kept in tact by an errand I could (literally) run to, or deciding to run to and from work.

Atomic Habits played a huge part in how I approached the year in health and fitness. For example, I’ve always struggled with snacking on rubbish around the house. Crisps, chocolate, ice cream; you name it, my willpower won’t resist it. I’ve tried numerous approaches to knock this on the head throughout the years, but I always end up slipping back into old (bad) habits. This year I applied one of the approaches outlined in the book, to implement a contract. I asked my family to sign a contract that said if ‘snacked on shit’ throughout the month then I would owe each of them £50. They were happy to sign it because it was no skin off their noses. 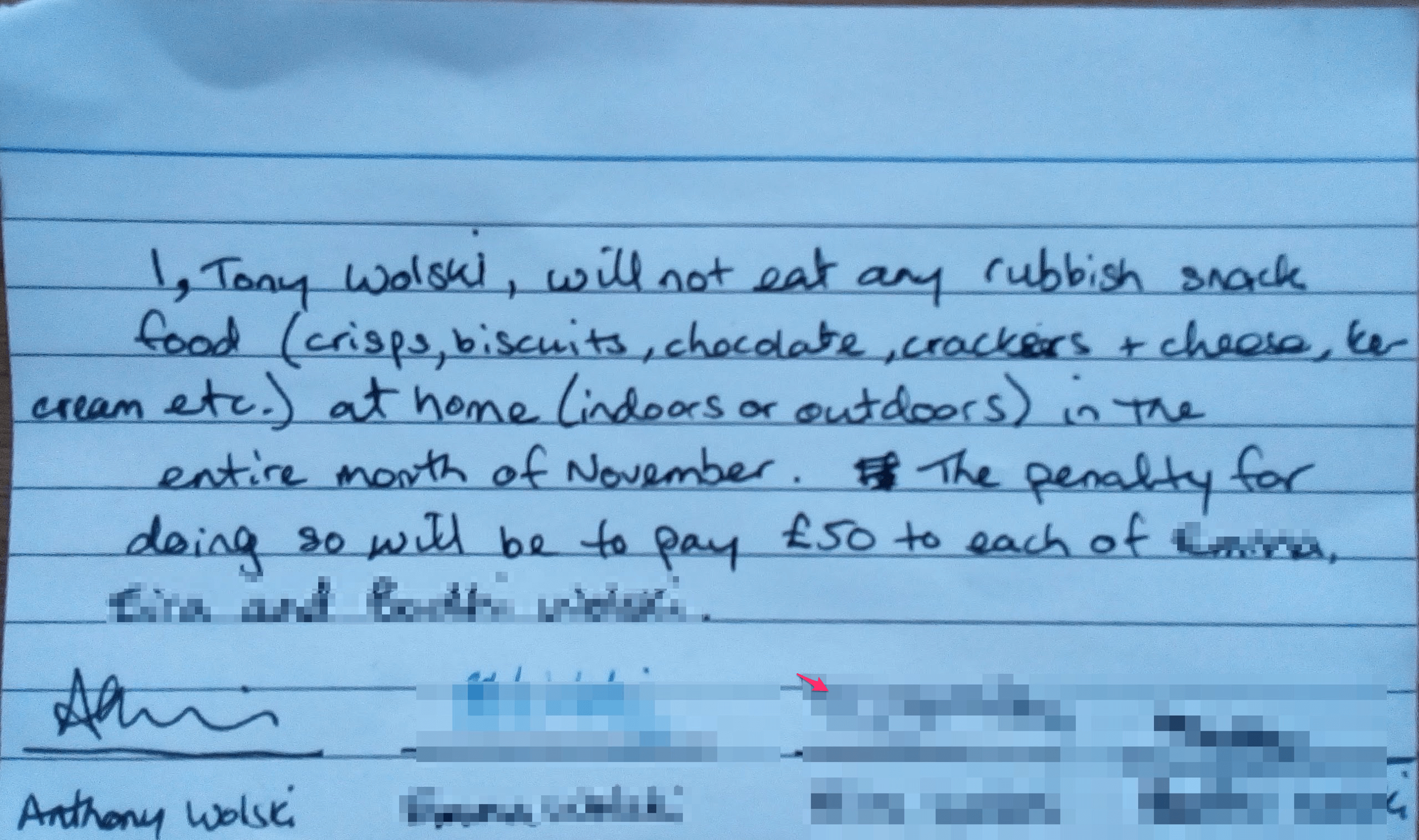 The funny thing is that while the contract was in place I didn’t even think about eating crap. It was as though my brain knew subconsciously that it wasn’t an option, and didn’t consider it. Now after Christmas and holidays I’m back to my usual bad habits, but at least I know I’ve got that up my sleeve.